Convinced that my surname was Rebhun, I contacted Rebhuns around the world. Though the BBC, CNN, and the international press featured my quest, I initially received no responses. Finally in March 1997, the Munich Red Cross relayed a reply from a German named Wolfgang Rebhun, who was searching for his little sister, Baschka (Barbara in German).

After receiving the Red Cross letter I began a correspondence with Wolfgang Rebhun. Then after a very short time we went to Germany, to meet Wolfgang and his (and my) sister Adela and some other members of the family.  The meeting was very warm and exciting. To them it was a miracle to find their baby sister – “our little Bacshka” as they called me.

Wolfgang and Adela told me more of my history.

Just before the 1943 Warsaw Ghetto Uprising, Wolfgang recalled, a young Jewish couple, possibly freedom fighters, had convinced a German soldier to smuggle their daughter out of the ghetto. The nine-month-old had arrived in a white baby carriage, with a note draped around her neck reading Barbara Wenglinski. The soldier’s girlfriend, Sonia Spyra, passed the baby on to Charlotta Rebhun, Wolfgang’s mother, to be hidden in the Arian part of Warsaw.

Charlotta was a Christian woman married to a Jewish man named Max Rebhun. They lived in Berlin and were expelled after Krystalnacht.

Charlotta had two children: Wolfgang, 17 and Adela, 14. I lived with Carlotta and her children as their baby.

In September 1944, during a Polish uprising, Charlotta, her children, and I were separated by force – Charlotta and Adela were sent to a labor camp, Wolfgang was sent to Mathausen, and I was left at the railway station. At this time Charlotta’s Jewish husband had already been killed in Treblinka. At the end of the war, Charlotta went back to Berlin and was shot by the SS.  Adela was wounded.

I had retrieved two more years of my life. 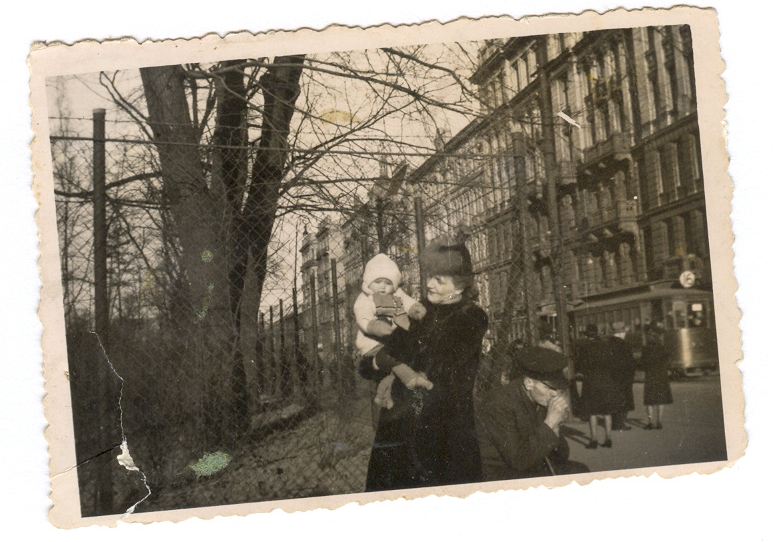 Then Wolfgang offered me two priceless gifts. The first was a photograph of Baby Baschka in Mama “Lotta’s” loving arms. The second was my parents’ parting words. “If we do not return, contact our relatives in America.” For the first time, I had met someone who could describe my parents. But only Charlotta, who had been killed in 1945, had known their names.

I’m in touch with both families. Charlotta and the Kazcmareks have been named as Righteous Among the Nations. 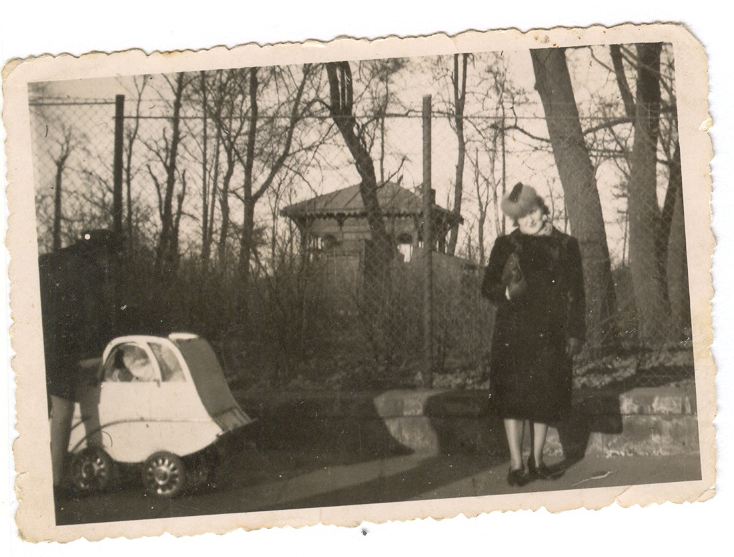 Following a special Israeli Television series about Holocaust children with missing identities, I joined Missing Identity at www.missing-identity.net. This site seeks information about children who were hidden during the Holocaust in orphanages or monasteries, with friends or strangers, who survived ghettoes, concentration camps, or on their own, who lost not only their entire families, but also their original identities. Guided by Missing Identity researcher Eva Floersheim, I began exploring a variety of online sources.

First we sought more information about my parents. Because Jews from a very wide area were herded into the Warsaw Ghetto, however, it was impossible to guess their origins. In addition, without knowing their names, there was no way to search ancestry.com, familysearch.org, or any other surname-based genealogical Internet sites.  Nor was it possible to search The Central Database of Shoah (Holocaust) Victims’ Names, the world’s single largest computerized database of Holocaust victims, located at www.yadvashem.org . Even my request to the International Tracing Service (ITS), an organization that documents the fate of victims of Nazi persecution, proved disappointing. Regarding my mother, for example, they replied, “In order for us to be able to make a check of our records …. we need her name and first name as well as her exact place of birth.” 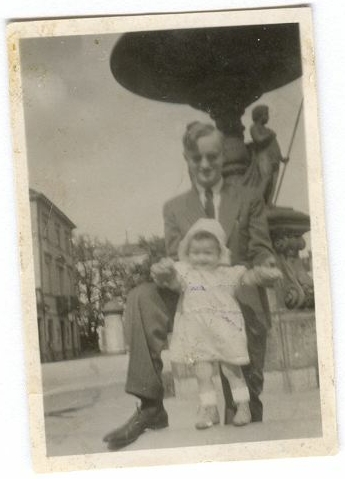 In lieu of hard facts, I also wondered about other possibilities. If the German soldier had married his sweetheart Sonia Spyra and they were still alive, might either remember my parents’ names? Might one of the few Warsaw Ghetto survivors remember the handsome young couple with the baby daughter? To find out, I not only met with survivors personally, but also pored over their testimonies, memoirs, photographs, documents, and memorial volumes both at the Yad Vashem Library and at Israel’s Ghetto Fighter’s Museum.

All these efforts have been in vain.

In 2009, I discovered that Charlotte Rebhun’s brother who was living in the US, had saved letters she had written to him during the 1940s. However, they didn’t describe Charlotta’s courageous wartime activities, or mention Sonia Spyra, a German soldier, a Jewish couple, or a baby.

On the chance that my birth name was actually Barbara Wenglinski, I also explored the massive Jewish Records Indexing- Poland (JRI Poland) database hosted by www.jewishgen.org  that contains microfilmed Latter Day Saints, Polish State Archives, and census records, military and passport lists, cemetery files, and legal announcements. There I came across a Polish man named Wenglinski whose young daughters had disappeared at the beginning of the war. Did he will their identity papers to Jews in the Warsaw Ghetto? Is this how I became Barbara Wenglinski? 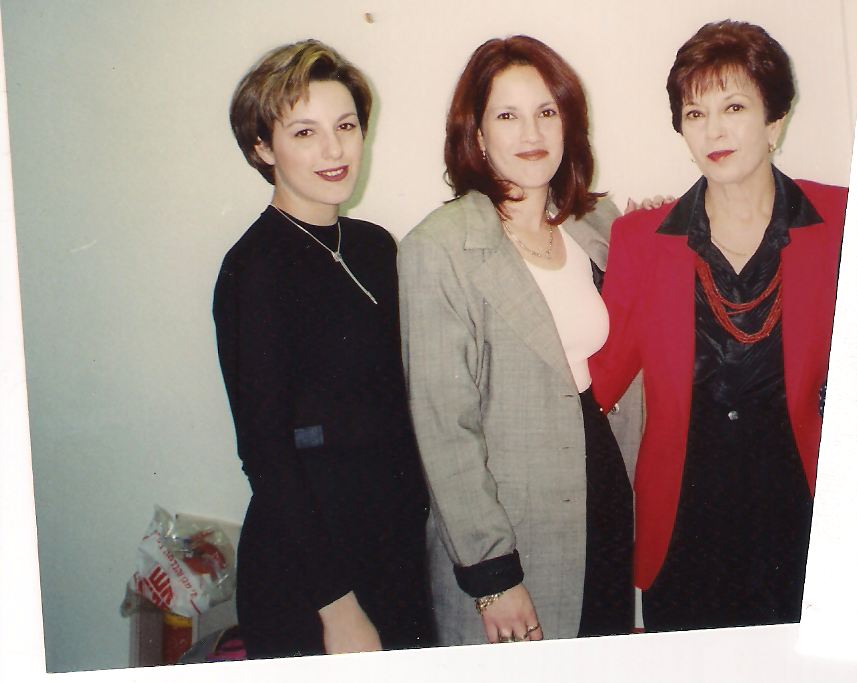 Pnina and her daughters

I have hopes centered on the photos I have found, especially those given to me by Wolfgang – showing me as a baby with his mother and the white wooden marriage that I was brought to her in. My parents said they had relatives in the U.S.A. It might be they sent this photo to them. Maybe one of those relatives has this photo, or maybe one of the Ghetto survivors will recognize the baby.

Believe me, this long story I have told you is much lengthier and exciting. There are so many coincidences, “miracles” as I call them, that it’s hard to believe. My life seems much more like a science fiction movie.

Part II:  Who Am I? What is My Name? Pnina, Wolfgang, and the Warsaw Ghetto

Part III: Who Am I, What is My Name? Gertrude and Sonia Spyra

Part VI:  What Am I, What is My Name? Our Search for Gertrude Spiro

Part VIII:  Who Am I?  What is My Name?  Gertrud and Leo’s Trial