Who Am I, What Is My Name? Part I – Pnina, Otwoc, and the Kazcmareks

Who Am I, What Is My Name? Part I – Pnina, Otwoc, and the Kazcmareks

My name is Pnina Gutman. I am 70 years old. I began the search for my biological identity in April 1996. I called this project “Who am I what’s my name?”

I came to Israel from Poland at the age of eight with a couple whom I thought to be my parents, Mania and Mendel Himel.

As a child, I remembered living with the Himels in the town of Lodz, but it was a short time, about two years that I recall as a year in the kindergarten and a year in school. What I remembered before was an orphanage and the day the Himels were introduced to me as my parents who came to take me after the war.

This situation seemed strange to me. Why did I have to be introduced to my parents? I also remembered a Polish family and their handsome son named Bogdan. I remembered a beautiful church that appeared decorated with gold. We used to pray there.

When I asked my parents about the Otwock orphanage, they told me I was very sick and Otwock was a sort of a children hospital.  I also wondered about having photos starting at the age of 6. They replied that it wasn’t common to take photos, and the photos I had were made for my passport.  In those days, children weren’t told they were  adopted and my parents were not an exception.

I kept all those memories in a secret drawer of my heart and mind.

At the age of 16, I had a stupid argument with my father.  When I shouted at him in anger, “You are not my father!” he admitted that I was adopted. He added that I was found close to a railway station but that nothing else was known about me.  My parents didn’t have a clue who I was or where I came from.

In those days looking for your family roots wasn’t as popular and easy as it is today.  I also wasn’t interested in searching for my biological identity.  But the most important reason I did nothing was that I loved the Himels very much and was beloved by them. I simply didn’t want to hurt them.

My life continued. I studied, got married, became a mother, then a grandmother. 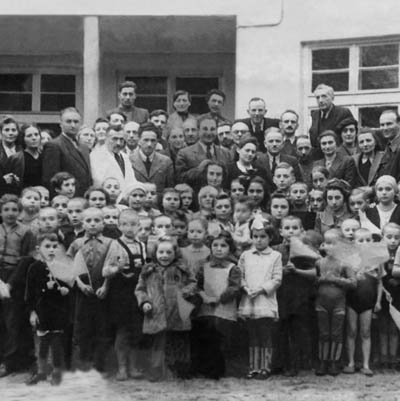 On Holocaust Anniversary Day 1996, I read about the orphanage, Otwock. I  remembered being there. The article described a woman named Lea Balint who had  lists of the Otwock children.

I met Lea.  When she allowed me to see the list of orphans, the name Barbara jumped out at me. Beside it, in parentheses, appeared two surnames, Kaczmarek and Rebhun, and the address of the Kaczmarek family in Sierakow were I lived during the war.

To me, all was clear. My real parents, the Rebhuns, had obviously entrusted me to the Kaczmareks, who brought me to the orphanage. Note that Rebhun is a Jewish name.

In pre-Internet days, genealogical searches were often slow and costly. I first wrote the Warsaw Jewish Historical Institute, Poland’s largest collection of Jewish documents, books, and objects. (See www.jewishinstitute.org.pl). Archivists found the receipt for a letter from F. Kaczmarek of Sierakow, Poland to the Warsaw Jewish Committee regarding Barbara Rebhun—but not the letter itself. By a miracle, the first of many, I later uncovered it myself in a dusty JHI cardboard carton. 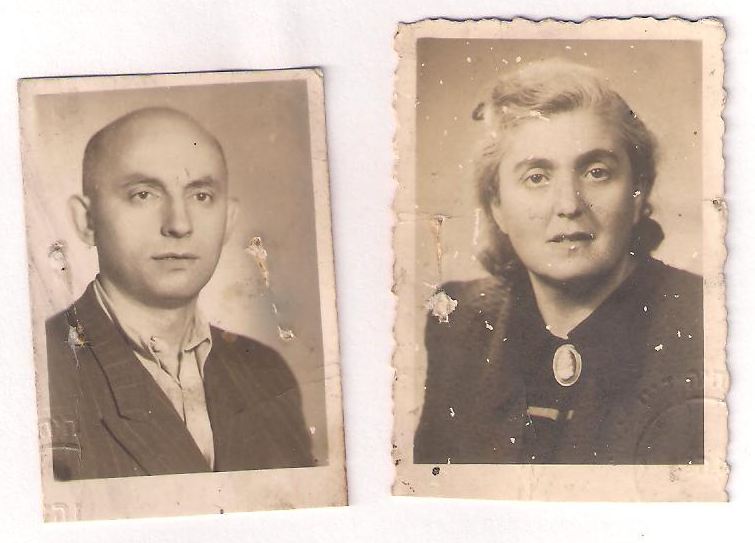 Kaczmarek wrote that in 1944, a Red Cross worker found a two-and-a-half year old Jewish girl abandoned in a train station in Milanowek, near Warsaw. She called herself Barbara Rebhun. Kaczmarek, a devout Catholic, reported raising the child ever since. He asked if he could get financial help to continue to raise the child.

My husband and I went immediately to the small town of Sierakow, Poland, to the Kaczmareks’ address found in the Otwock lists from 1948.

Standing in front of the house I could remember for sure I had lived there. The Kaczmareks had passed away but although so many years had passed, I located my stepbrother, the Kaczmareks’ son Bogdan. 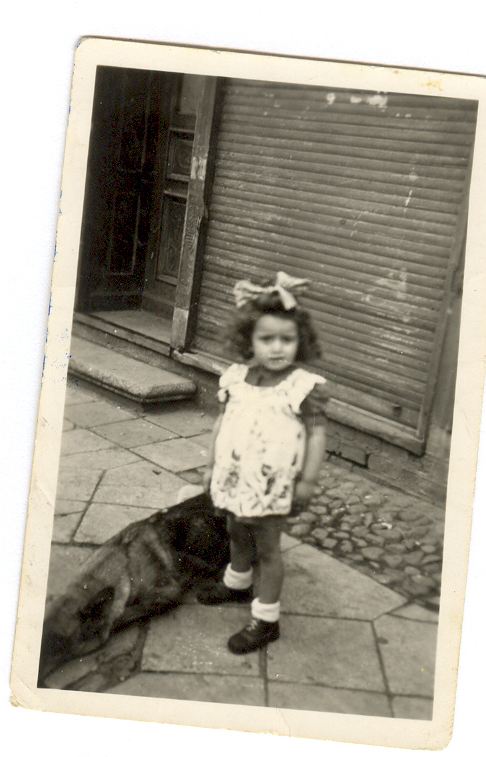 Pnina outside the Kaczmarek home in Sierakow, Poland c. 1948

Bogdan told us about the way I came to his family. He told us I said in German I was two-and-a half years old and that my name was Barbara Rebhun. I lived as a member of the family from September – October 1944 until March 1948.

We also went to the church I remembered.  There it was, wide, high, and decorated with gold. I could even recall the bench we set on and prayed.

At our emotional reunion, Bogdan gave me photographs he took of me before the age of 6. This was the first time I saw myself so young. I had retrieved about four years of my life.

Thinking Rebhun was my biological surname, I began a long and intensive search for my identity. I wrote to people and institutes around the world. I published the story in many papers. Television programs also told my story.

Convinced that my surname was Rebhun, I contacted Rebhuns around the world. Though the BBC, CNN, and the international press featured my quest, I initially received no responses. Finally in March 1997, the Munich Red Cross relayed a reply from a German named Wolfgang Rebhun, who was searching for his little sister, Baschka (Barbara in German).

Part II: Who Am I? What is My Name? Pnina, Wolfgang, and the Warsaw Ghetto

Part III:  Who Am I, What is My Name? Gertrude and Sonia Spyra

Part VI:  Who Am I, What is My Name? Our Search for Gertrude Spiro

Part VIII:  What Am I?  What is My Name? Gertrud and Leo’s Trial