In September 2016 a black suitcase was discovered off Interstate 45 in Madisonville, Texas. Packed inside the suitcase was a pink dress with hearts and butterflies that said ”Follow Your Dreams” a size-4 diaper, and the skeletal remains of a girl with a feeding tube. The Madisonville Sheriff’s office along with The National Center for Missing & Exploited Children have been working with Identifinders International to identify this child.

Our initial genetic analysis shows that the child has strong ancestral ties to El Salvador as well as Nuevo Leon, Mexico.

She had long, thick, dark hair that came to just past her shoulders. Her remains also suggested that she had a jaw condition known as micrognathia, a condition where her lower jaw appeared small and may have affected her ability to eat on her own. She was found with a feeding tube and would have required medical care during her life.

Pollen analysis has suggested that the child may have been from or spent time in the southwest United States, specifically Southeast Arizona, or in the adjacent areas of Mexico. 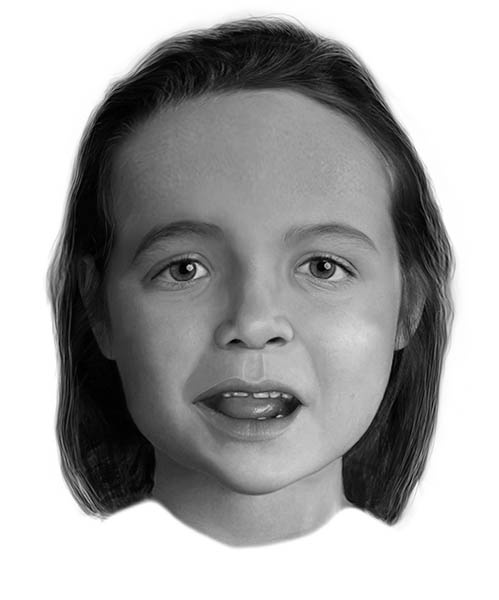