Identifinders International has identified a suspect in the 19-year-old cold case involving the shooting of Officer Jeff Garner.

The identification was made after a thorough and intricate investigation involving North Richland Hills Police, Oklahoma State Bureau of Investigation (OSBI), and the Federal Bureau of Investigation (FBI) Dallas and Oklahoma City field offices. Officer Jeff Garner was shot on March 3, 2003, after attempting to stop a man who, unknown to Garner, had just robbed a bank in Watauga, Texas. Since the incident, the suspect has remained at large. 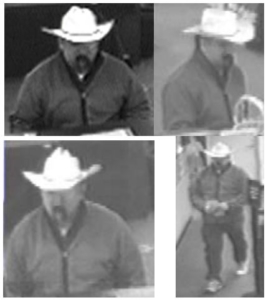 After the case sat cold for many years, in 2015, North Richland Hills Police Detective Erik Whitlock was assigned to the investigation. He began examining the evidence related to the incident. Based on the analysis, the suspect in the shooting of Garner was believed to be linked to seven bank robberies from 1998 to 2003.

In 2018, North Richland Hills Police submitted DNA evidence to Parabon Nanolabs, Inc. to conduct further testing and analysis of the suspect profile. An unknown male DNA profile was identified but never matched to a specific suspect. A sketch was provided by Parabon and shared publicly, but no new leads were developed. As a result, the case went cold again.

Later in 2019, Detective Whitlock submitted the DNA data to Identifinders International for a forensic genetic genealogy (FGG) examination. Linda Doyle, Senior Forensic Genealogist with Identifinders, notified Detective Whitlock in December 2021 that the source of the DNA was Mark Alan Long based on shared DNA matches identified on GEDmatch, a public DNA comparison platform. Therefore Long was identified as a suspect.

“Identifinders is pleased to support the North Richland Hills Police Department and its partner agencies in the identification of Mr. Long. I am proud of our team for their persistence in solving this case,” said Colleen Fitzpatrick, President of Identifinders. “This is a great example of what a collaboration between law enforcement and forensic genetic genealogists can accomplish together. We look forward to working together again in the future.”

In February 2022, undercover detectives traveled to Oklahoma and began surveillance on Long. They were able to obtain DNA from items Long used at a restaurant where he dined. The items were submitted for forensic examination alongside previously collected DNA evidence in three of the bank robberies. The DNA obtained from Long matched the DNA collected from those three bank robberies.

In early April 2022, search warrants were obtained by the OSBI for Long’s home, vehicle, and a previously owned Jeep believed to have been used in the Watauga, TX bank robbery. The search by North Richland Hills detectives and OSBI agents led to a revolver being located in Long’s house. The gun closely matched the description of the weapon used during the shooting of Officer Garner. The revolver was sent for ballistics processing and returned as a match with evidence collected from Garner’s shooting – the projectiles located at the crime scene matched what was fired from the revolver. Once the suspect’s Jeep was located, it was examined and found to have body filler repair on the tailgate. The damage was consistent with that of a bullet hole, and thus with that of the return fire delivered by Officer Garner at the driver of the Jeep.

Given the overwhelming evidence presented, four arrest warrants were secured for Mark Long. Long was to be charged with Attempted Capital Murder of a Peace Officer, Aggravated Robbery, and two counts of Robbery with a total bond of $675,000. As detectives closed in on Long to serve the warrants, they learned that he had been found dead near a cell tower in southeast Oklahoma City, Oklahoma. While the evidence from the death investigation leads detectives to believe that Long took his life, the final ruling on his cause of death will be released by the Oklahoma Medical Examiner.

“This case is an outstanding example of authentic dedication to seeking justice. Detective Whitlock worked tirelessly and passionately to put together all the pieces of this case and bring a resolution for Captain Jeff Garner,” shares North Richland Hills Police Chief, Jimmy Perdue. “Whitlock spent countless hours and many years working on what seemed like an impossible case to solve. He developed strong partnerships with members of the Oklahoma State Bureau of Investigation and the Federal Bureau of Investigation. These working relationships built a robust and solid case against Mr. Long. We are lucky to have Detective Whitlock helping to protect our community.”