Identifinders International, in conjunction with the North
Carolina State Bureau of Investigation Cold Case Unit and the Surry County’s Sheriff’s Office is pleased to announce the arrest of 71-year-old Warren Luther Alexander for the 1992 murder of Nona Stamey Cobb. On July 7, 1992, Ms. Cobb’s body was found at the weigh station on the northbound side of Interstate 77, Surry County, North Carolina.

Ms. Cobb, 29, was a resident of Kings Mountain, North Carolina. 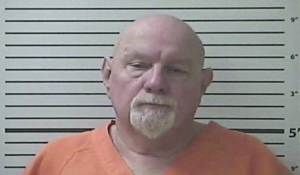 Alexander was arrested in Diamondhead, Mississippi on Tuesday, March 15, 2022. He has been charged with murder and is being held at the Hancock County Jail awaiting extradition to North Carolina.

Authorities are investigating the possibility of additional victims.

“This arrest was made because of the great teamwork between the SBI Cold Case Unit and Identifinders International. It is an example of why forensic genetic genealogy has come to play such an important role in solving cold cases,” stated SBI Assistant Special Agent in Charge Nate Thompson.

“The SBI Cold Case Unit was forward-thinking in applying FGG to solving this case,” said Dr. Colleen Fitzpatrick, President and Founder of Identifinders International. “We understand there were many agencies involved and appreciate the degree of collaboration that led to this arrest”.
A press conference will be held when Alexander is extradited back to North Carolina.

No additional information is available at this time.