Identifinders International in conjunction with the Pullman Washington Police Department (PPD) is pleased to announce the identification of 47-year-old Kenneth Downing as the suspect in a series of home invasion sexual assaults that occurred in Pullman between November 2003 and March 2004. Downing was taken into custody by the Spokane Police Department yesterday at a job site in Spokane where he works construction. It is not believed that Downing knew or had any connections to the victims nor did he live near them.

Downing faces charges including four counts of first-degree rape, one count of indecent liberties, two counts of first-degree burglary, three counts of second-degree assault and three counts of unlawful imprisonment.  These charges involve a home invasion that occurred in November 2003 in which a Pullman woman was raped, and a second home invasion in March 2004, in which one Pullman woman was raped and second woman assaulted. 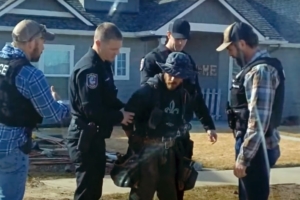 Kenneth David Downing was arrested by Pullman police after being connected to two home invasions and sexual assaults in 2003 and 2004.

Before DNA was collected, the PPD believed the two cases were connected because of similarities in the attacks. The connection was confirmed by the crime lab when the DNA profiles from the incidents matched. In 2004, the profile was uploaded to CODIS, the FBI’s DNA database. In 2005, a John Doe arrest warrant was obtained on the case to satisfy the statute of limitations when no hit was achieved.  In 2020, with no further leads, the PPD engaged Identifinders International to apply forensic genetic genealogy to try to solve the case.

“The use of forensic genetic genealogy and the work Identifinders did on this case was instrumental in identifying and apprehending a violent offender. Your work is greatly appreciated.” said Det. Sgt. Aaron Brashears of the Pullman Police Department.

“We appreciate the Pullman Police Department for the confidence they have placed in us”, stated Dr. Colleen Fitzpatrick, President of Identifinders.  “We are also grateful to the Washington State Attorney General’s Office for the funding they provided through their SAKI program.  We look forward to future collaborations.”